"With India's economic growth hitting almost 9% year on year, property prices in Mumbai, India's richest city, are among the highest in the world and the 2 sq km of Dharavi represent a goldmine. One Mumbai newspaper last week called the redevelopment plan a "jackpot" and quoted gleeful officials claiming that £3bn could be generated for the municipality. The profits for the major construction firms that look certain to win contracts for the work, however, could top £8bn", writes Jason Burke, Asia correspondent for The Guardian.

Authorities have been handing out to developers land for commercial use in exchange for building free houses for slum dwellers. Although the concept of free housing sounds enticing, it hasn't been of great appeal to the residents. As it generally works, developers have proposed to pack a lot of floor area in little land, positioning high-rise buildings incredibly close to each other. “There’s no gap between the buildings, no social infrastructure, no services or cross-ventilation,” says architect P K Das.

However, urban density doesn't seem to be the main reason for the resident's dislike. Golibar, Mumbai's second largest slum, has seen 100,000 homes built in the last 12 years. 35% of those rehoused there have returned to slums. Fled residents blame the reduced size of the living space and high maintenance costs for their departure. With 80% of people self-employed in the slum, having a workshop next door is imperative. Residents say they will not agree to any development plan unless they are allotted the same amount of workspace they currently occupy. Associations battle for a living space of at least 37 sq metres, almost twice that foreseen in the original designs. Residents also prefer to live closer to their community, schools etc.

Besides the disagreements on living space and community preservation, there is the eligibility factor. 70% of slum dwellers in the city are ineligible for a free house. Slum residents are only entitled to free housing if they have lived in the area to be cleared since before 1995 (or, in some cases before 2000), do live on the ground floor (1st and 2nd floor residents are ineligible) and aren't renters.

With current talks on hold, major players have come up with proposals to improve and ideally eradicate Mumbai's slums:

1 The central government, at odds with Mumbai's policy on slum clearance, says slum dwellers should be given proper rights. If they have property rights, they can access loans to improve their slum home so that over a period of time they will no longer be slums. Furthermore, if residents get property rights, developers can't evict them. At the moment, developers are buying the rights to the property from the landowner – so they can evict tenants and demolish the slums."There is a complete mismatch between the state and central government policy," says Chandrashekhar Prabhu, a former chairman of the state's housing authority. "While the state wants to give free houses through the builder, the centre wants to empower people, give them tenure, which should be the essence of slum rehabilitation."

2 Matias Echanove, urban planner and a founding partner of Dharavi based URBZ, says “the best way to work in a neighborhood where the economy is enmeshed with the urban fabric is to innovate within the existing dynamics of the place rather than introducing something entirely foreign.”

3 SPARC, a local NGO involved in Dharavi since 1986, proposes to "identify clusters of residents who can be brought together on the basis of common social, linguistic, ethnic and other attributes or on the basis of physical location in Dharavi. These clusters could become the nuclei of future housing cooperative societies that could play a proactive role in designing future developments."

Then there is Khushalani Associates proposal: a 1,5 km high development that preserves the idea of a work/live home and community providing plenty of open spaces for activities ...and circulation. 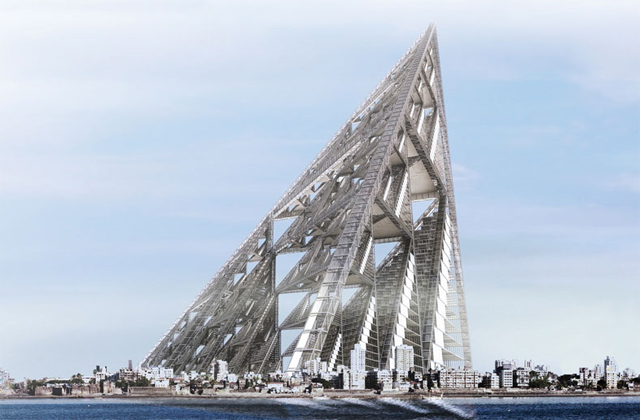 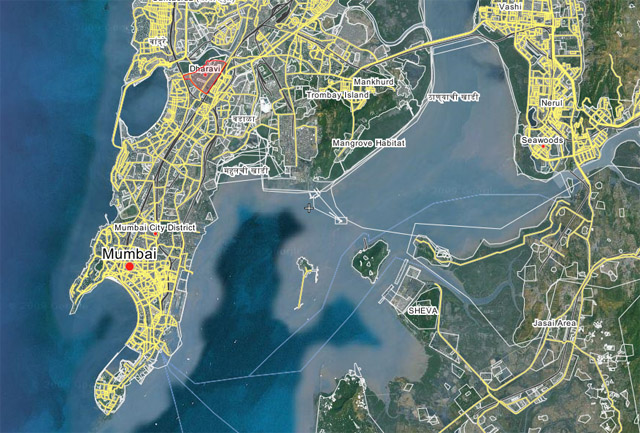 More:
Dharavi, India: The Most Entrepreneurial Slum In The World? The Huffington Post 11/03/2011
The photographer capturing the reality of life in the slums  The Guardian 14/01/2009
A Flourishing Slum  The Economist 19/12/2007
READ MORE
Newer Posts Older Posts Home
Subscribe to: Posts ( Atom )