Lighthearted, colourful and fresh. ARCO 2012 has been a delightful edition with more galleries than last year and mainly recent works.

This makes you wonder about two things: the current state of the art market and the profile of the target buyer. Galleries loaded with new works from youngish artists means to me sold-out stocks and high sales expectancy. And this can only translate as art market doing well. The target buyer was presumably international since the art works were too new (read risky) for the generally conservative local collector. Proof of this is that interesting young Spanish artists have been brought by non-Spanish galleries.

Very conspicuous at this ARCO edition has been the role of architects, cities and even architecture. Firstly, there were many trained or self-proclaimed architects among the artists (Tomás Saraceno, Ai Weiwei, José Dávila...) and supporters (see video of Norman Foster below). Then, the trending topic seemed to turn around buildings and coloured shapes, not so much so around a social message. Perhaps the life-size sculpture of General Franco in a Cola fridge was meant to be the exception... but no one perceived it as such.

The most interesting spaces for different reasons were El País and Ivorypress. El País has chosen this year to explore the Spanish street art and has invited Nuria Mora, 3ttman and Suso33 among others to perform site installations. The result was a colourful and lively space, more sensual than intellectual and very distanced from the sarcasm generally used by street art elsewhere.


Ivorypress, the gallery owned by Norman Foster's wife Elena Ochoa and at Arco for the first time, has set a wonderfully different tone. It has brought amazing names (Anish Kapoor, Anthony Caro, Ai Weiwei...) and obviously great works. Possibly the most distinguished work was "Cuarteto Rebelde" a bespoke piece by Los Carpinteros, the Cuban art collective with studio in Madrid next door to Ivorypress. The most striking work for me though was a 2011 video installation by Michal Rovner. Sadly, no pictures.

This is what I meant by the conspicuous role of architects, cities and architecture...

Interesting the project Desert Cities (2007-09) by Aglaia Konrad. An exploration of city growth in Egypt. 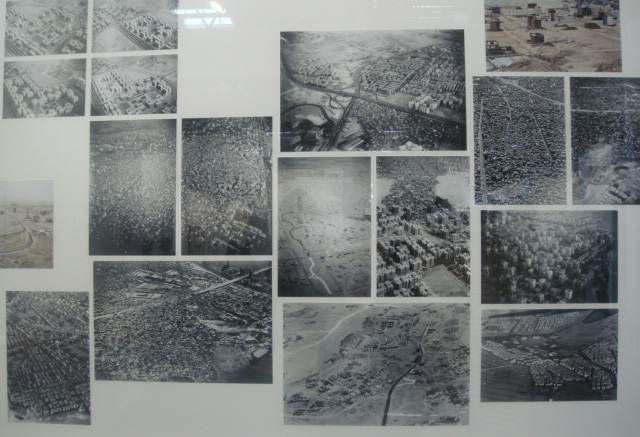 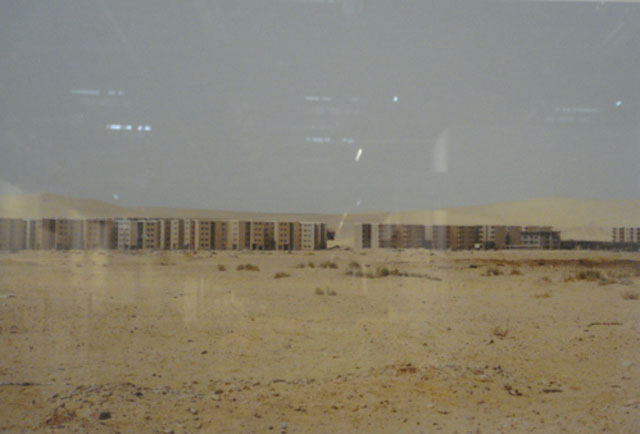 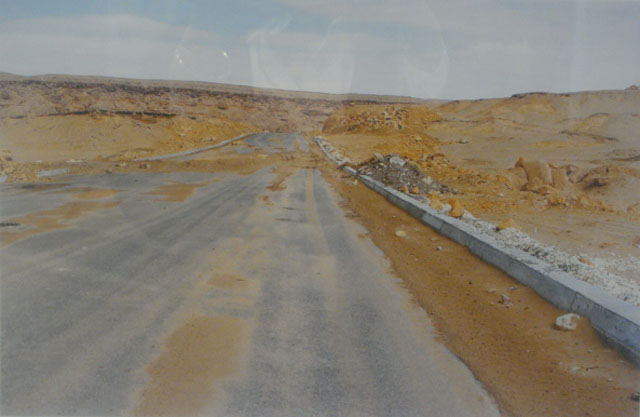 Fall On Us, And Hide Us (excerpt) from greta alfaro on Vimeo. 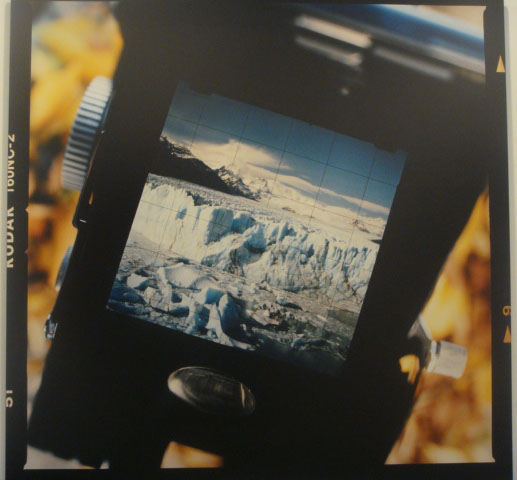 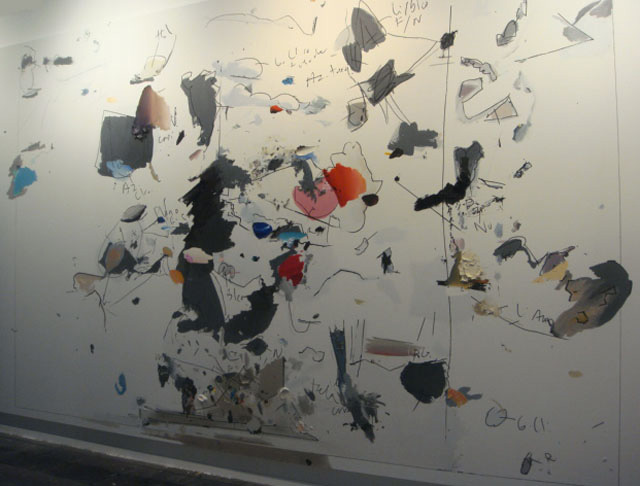 Same for Juán Asensio. Below Untitled, 2012, for Galeria Elvira González. 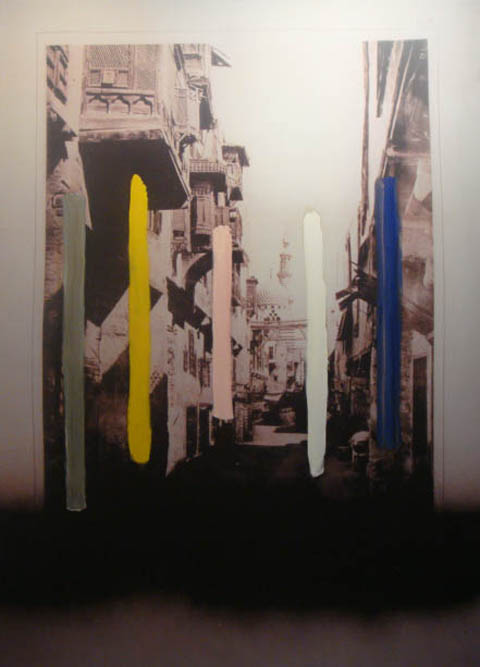 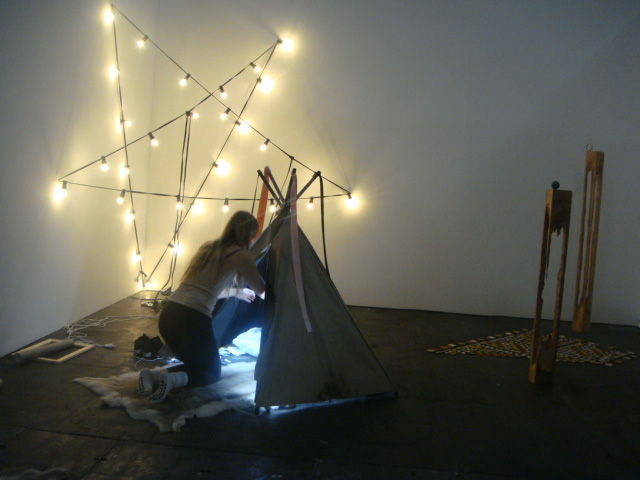 And a tribute by Galerie Lelong to the great Antoni Tapies who passed away a few weeks ago. Jannis Kounellis in the background. 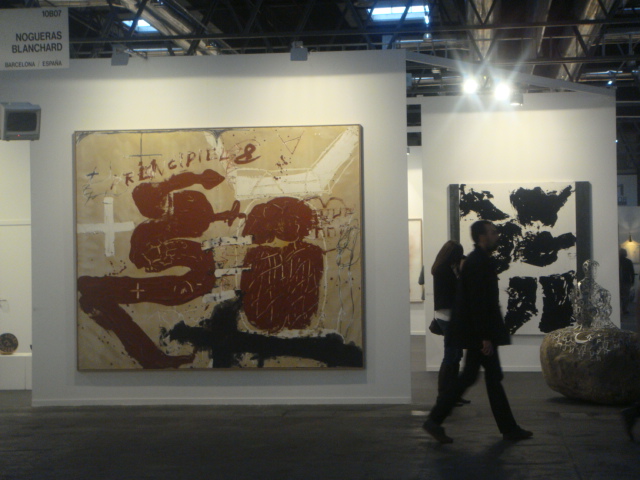 ArcoKids has been a first time initiative in collaboration with the Pequeño Deseo Foundation. A space where groups of kids have created a joint work under the guidance of artists.


Suggestions for Next Edition
ARCO director Carlos Urroz has done a superb job in turning ARCO into a fun and lively event. The lightness of this year's edition felt just about right as a counter-balance to the gloomy scenario out there. But you wonder if this complacent art can hold in the long run. With 23% unemployment and 22% of the population living below the poverty line, Spain is on the verge of collapse. It would be responsible, nonetheless empathetic, to pick up on this. And not merely to document it but to interact with reality possibly by giving individuals a voice. As Glenn Lowry, director of MoMA, quotes: "The current social circumstances dictate new forms of art". It would be a shame not to use this extraordinary opportunity and the power of art to try and move to a different place.

Pictures by PS unless stated otherwise