The 33rd edition of ARCO, Madrid's contemporary art fair, offers in 2014 an experience worked around its visitors. There is an oasis for charging phones, a food court arranged as a German Biergarten with live DJ sessions, an open TV set and a radio station. What used to happen behind closed doors, plays now finally in the open. Lovely art as well. Here is a selection...


This is a wonderful project and the result of a collaboration with various women's shelters. The artist attaches a picture of a model to a personal story of violence and abuse. The beauty of the models takes over the stories of pain and suffering and confers the women a strength that could not have been perceived with the text alone.

Very interesting (and with a great format) Adelita Husni-Bey series on show in Opening, a section for galleries with a life shorter than seven years and with a focus on the youngest art scene. The work above shows the percentage of global economic growth, comparison of advanced and emerging economies in 2013 (left), prospects for 2014 (centre) and 2015 (right) according to IMF data.

The Solo Projects section focuses this year on Latin America and Manuel Mérida (below) is one of the selected artists. 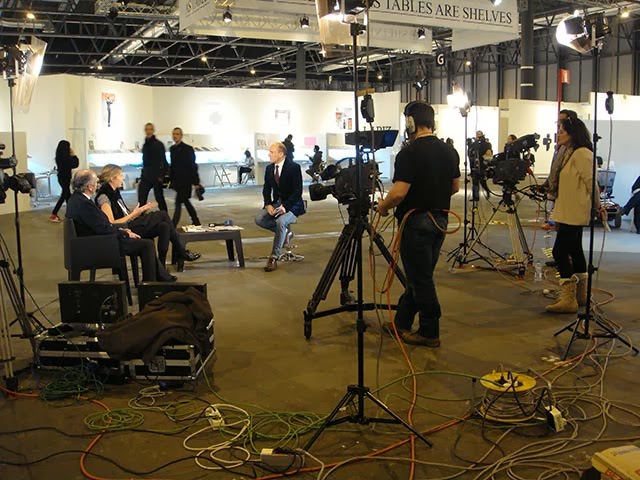 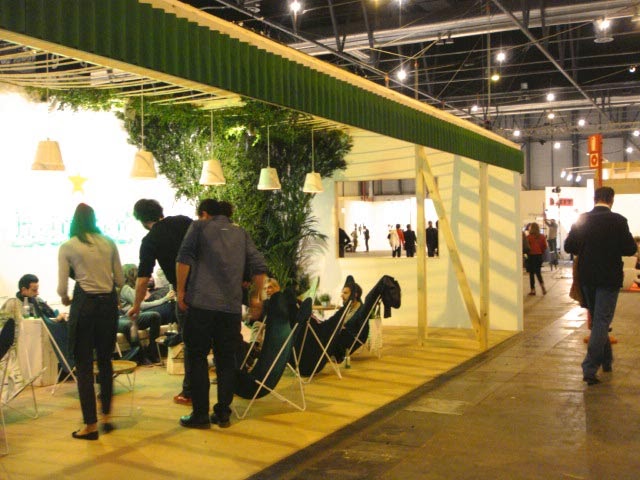 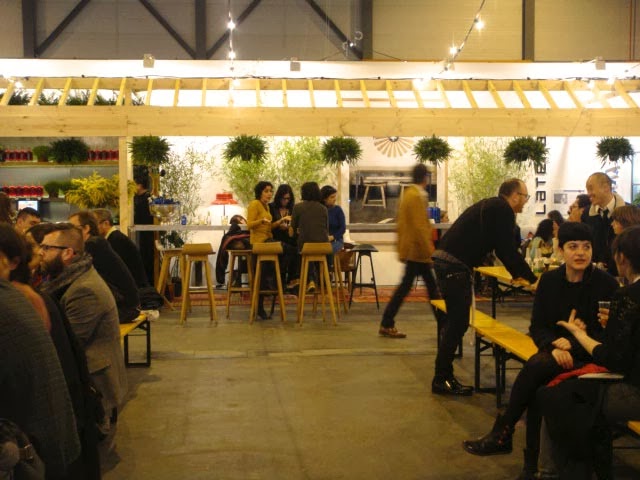 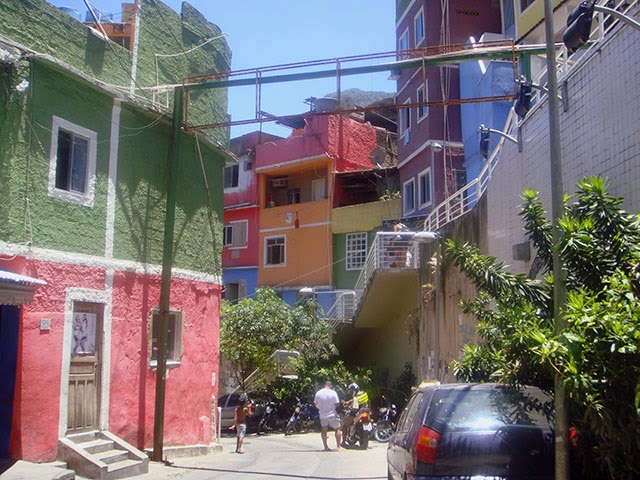 There is something special about Rocinha, the dense informal neighbourhood in Rio's South Zone. Newcomers keep arriving and long term residents don't move out despite the infrastructure shortcomings and the security issues of the place. Its convenient location and cheaper rents could explain the phenomenon but there are surely more reasons to add. Personally, I find Rocinha deeply moving and after a closer look, I came out with a few reasons why.


Rocinha has a stunning setting.

It is a 200ha area on a sea facing hang that spans from the Dois Irmãos peak, the majestic rock you see from Ipanema beach. Not sure what the mountain formation is and whether it radiates the heat it absorbs, in any case you get something coming its direction.

You get an idea of what the place was like right on top of the neighbourhood, when you are still surrounded by fruit trees and a lush vegetation. Rocinha - ie "little farm" - was once Rio's farm land. In the area around it were the sugar cane fields and coffee plantations. The workers, wanting to live close to their work, built small homes in the thick jungle where Rocinha is located today. The rapid growth of the favela in the early 20th century was due to the growing demand on cheap labour to build the infrastructure of the surrounding neighbourhoods and the lack of housing options. 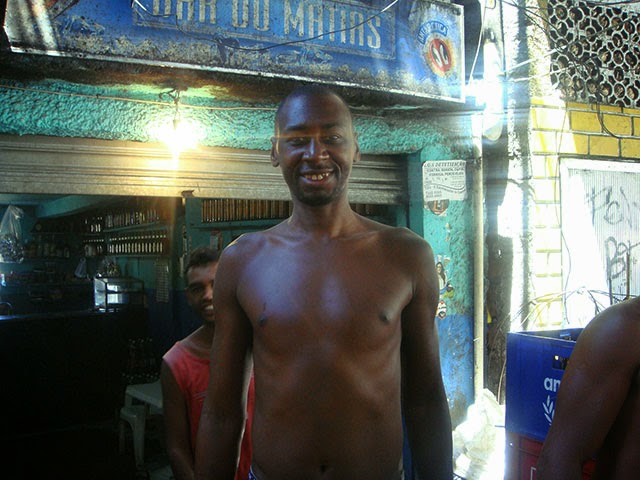 "What? You don't take pictures of people?" Luciano, a construction worker, complained. "You are missing out the most important part of Rocinha". And right he was.

According to the IBGE (Instituto Brasileiro de Geografia e Estatística) Rocinha has 69,161 residents but Léo, the president of a local residents association sets the number between 180,000 and 220,000.

One of these extraordinary residents, and a game changer, is Lino dos Santos Filho, known as Tio Lino. With the motto "trade your weapon for a brush" he set up Rocinha Mundo da Arte, an organization that teaches music and arts to children with the intention of keeping them away from drug trafficking.

I met Felipe, an 18 year old Tio Lino student who was selling his art, lovely miniatures of Rocinha made with recycled materials. There was a wonderful mix of gratitude and pride in Felipe's explanation of his work.

They work hard to improve their living conditions and speak up from the many associations they've created.

They are proud of the community. First thing you hear is that Rocinha is a much safer place in terms of petty crime than the wealthier surrounding areas, where entrance doors are never kept open or kids don't play unattended.

Their care for each other, the strong bonds, the commitment to the group and the protective spirit, something arising in lieu of state care, have also turned out to be a source of happiness.

Especially samba, forró and funk carioca. You can hear it from the windows while walking around and at the weekends at the Baile Funk (funk dance), an event that has grown so popular that even attracts local celebrities.

Rocinha has also a samba school, Acadêmicos da Rocinha, that is good enough to parade at the Sambodrome during the Rio Carnival.

2010 Rocinha got a pedestrian bridge designed by the Rio-born architect Oscar Niemeyer who, allegedly, did the work pro bono. Funded with the Growth Acceleration Program (PAC) resources, the bridge links the community with the new sports facilities. 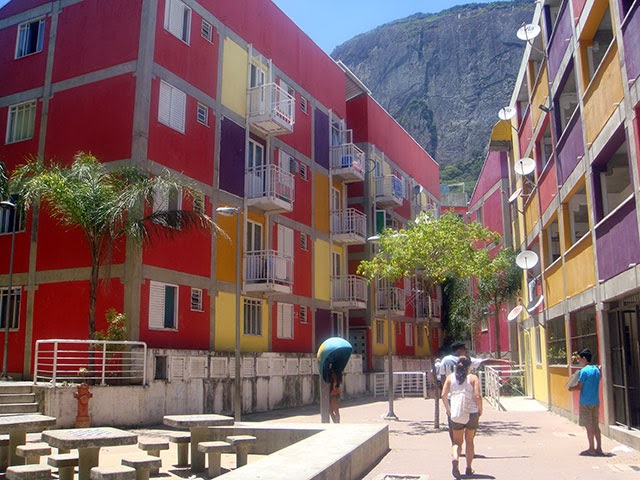 The same Growth Acceleration Program has financed a lovely social housing complex in the Rua 4. The project by Atelier Metropolitano is built on a former bus depot and houses local residents that have been evicted by the widening of the road (Rua 4). They received the flats for free and will after 5 years get full rights on them. 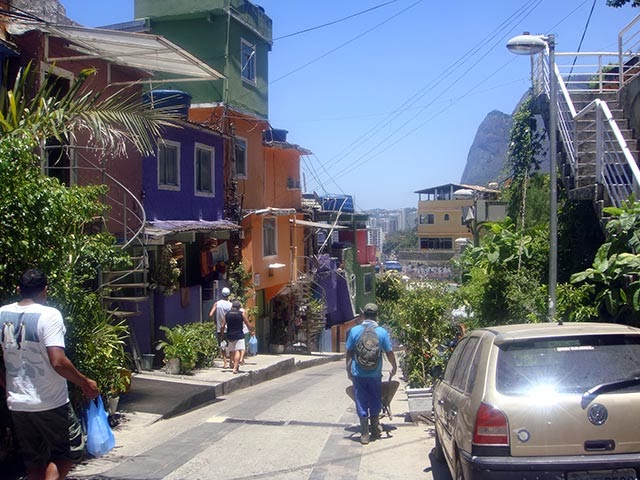 Rocinha has some lovely streets.

In an extraordinary upgrading operation a small alley, Rua 4, was widened to a 12m landscaped road. Before the works, the alley was 60cms wide and had, according to the Municipal Health Authorities, one of the highest tuberculosis incident rates in the country. The new road is a wonderful space, with brightly painted buildings, small squares and stairs linking the various levels.  Despite it being closed to car traffic, residents and shop keepers love it. According to Rio on Watch there aren't any drug stands (bocas de fumo) or armed guards there either.

There are many public squares in Rocinha.

This is great since (1) organized public space is essential for community building and leisure and (2) it is a bit of a rarity in informal communities where space is scarce and not masterplanned. Most of the favelas I have visited did lack public squares. 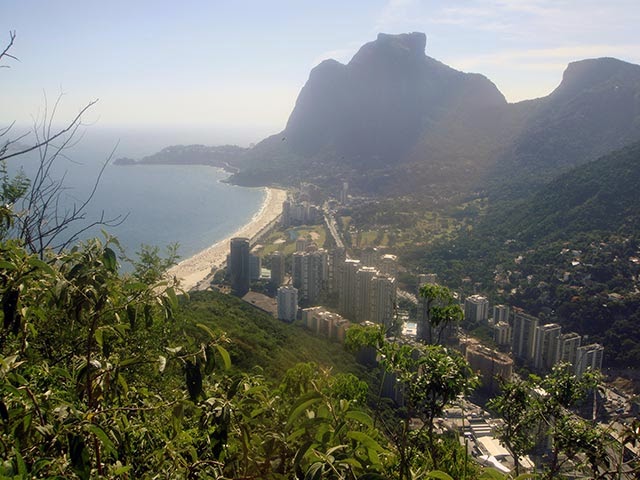 Besides the dancing, the beach and the stunning hiking, there is also since 2010 a new sports complex. The place has a swimming pool, a gym, sporting courts, a football field, a surf school and a skate ramp. It was built with the purpose of getting kids into sports and forge some Olympic champions.

Just a few minutes walk from Rocinha's São Corrado entrance it's a long stretch of a sandy beach. A wonderful asset regardless of water quality and a place to expand shall high density feel too oppressing.

This is something Rocinha shares with other favelas but still worth mentioning. There are vans and motorcycle taxis moving people around in the community for R$2,50. The mototaxis work out brilliantly. There are stands in various spots but you can stop them anywhere. They carry a spare helmet and are quite fun to ride.

All in all, Rocinha has aspects residents should be proud of and planners and community workers, take good note of. Granted, there are other aspects far from ideal and in need of improvement. There are still open sewers, uncollected rubbish piles and a heavily armed police marching around, not to mention the drug gangs and the associated burdens. But this should in no case be a reason for denying Rocinha some of its greatness or stigmatizing its community for the shortcomings they haven't created and aren't responsible for.

About
History of Rocinha by Mundo Real

Pictures
by PS unless otherwise stated