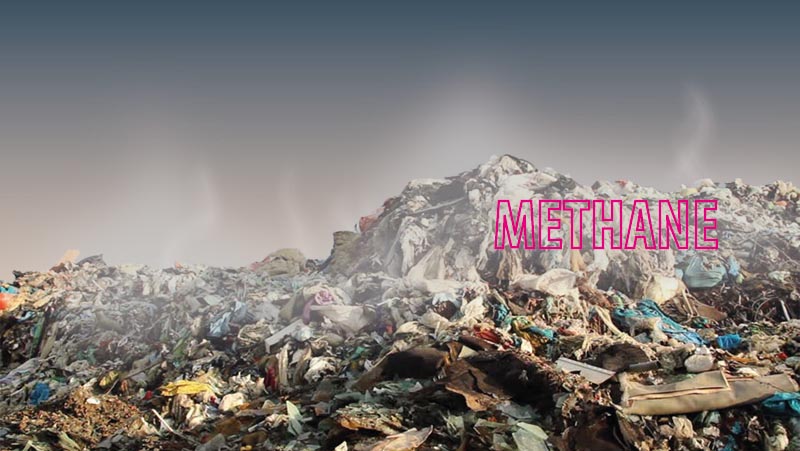 The waste sector emits methane (CH4), a potent greenhouse gas (GHG), through the decomposition of waste in dumps and landfills. While 82 times stronger than carbon dioxide (C02) after 20 years, for being a short-lived gas, methane was incorrectly thought to have a marginal role in global warming. Solutions reducing short-lived gases, such as effective waste management, have not been viewed as critical to mitigate climate change as solutions that reduce long-lived greenhouse gases. That all changed with the recent IPCC Report that places equal importance on limiting long- and short-lived GHGs, including methane.

The new 4,000-page IPCC report breaks the news that human influence on the climate system is now an established fact and that a global temperature increase of 1.5ºC is likely to be reached in the early 2030s, ten years earlier than previously assessed. This reduced timetable factors in an increased concentration of emissions from human activities that more quickly accelerates global warming – by creating a GHG effect that traps excess energy (see Figure 1).

According to the IPCC, global warming is responsible for changes in the climate system, such as "increases in the frequency and intensity of hot extremes, marine heatwaves and heavy precipitation, agricultural and ecological droughts in some regions, and proportion of intense tropical cyclones, as well as reductions in Arctic sea ice, snow cover and permafrost" (IPCC AR6 WGI, page 20. Fig. 2).

The IPCC has adamantly stated that reducing emissions is essential to limit global warming and stabilise climate systems. It has, however, focused its attention on reducing emissions with long-term effects on climate, such as CO2, as recommended by long-term time scales.

For scientists in creating their forecast models, metrics and time scales matter when it comes to understanding the effect of a GHG. There are several metrics and time scales. Global Air Temperature Change, for instance, measured over a 100-year period is largely affected by CO2, while in a period of 10 years methane plays a significant role in temperature change (fig. 3). Although 100-year time scales have been most prominently used in previous climate assessments, the new IPCC report leaves it to policymakers to decide which time scale - and emission metric - is most applicable to their needs.

The IPCC report’s invitation to use near-term time scales closely relates to short-lived GHGs or Short-lived Climate Forcers (SLCFs), the GHG group that mostly affects climate over a 10- to 20-year period.

It has taken scientists a while to understand the effects of SCLFs on climate. Previous science thought that SLCFs’ reductions lead to disbenefits for near-term climate change, because aerosols, a SLCF gas, have cooling effects and were believed to drive the overall effect of SLCFs as a multigas. This is no longer the case and the new IPCC report confirms that changes in SLCFs will very likely cause further warming in the next two decades, and that the influence of SLCFs on global temperature is at least as large as that of CO2 (IPCC AR6 WGI, p. 110).

This is an important statement. It means that a previously underrated GHG group has been pointed up as key to limiting warming to 1.5ºC in the near term. And this is where the IPCC report identifies waste management’s increased role in global warming mitigation, through its effectiveness in reducing methane, the main contributor to SLCFs.

SLCFs affect climate and are, in most cases, also air pollutants. They include aerosols, which are also called particulate matter (PM), and chemically reactive gases (methane, ozone, some halogenated compounds, nitrogen oxides, carbon monoxide, non-methane volatile organic compounds, sulphur dioxide and ammonia). Except for methane and some halogenated compounds whose lifetimes are about a decade or more, SLCFs only persist in the atmosphere from a few hours to a couple of months." (IPCC AR6 WGI, p. 1429)

Until the 1950s, the majority of SLCFs emissions originated from North America and Europe. Since the 1990s more than 50% of anthropogenic SLCFs originate from Asia.

The waste sector generates 55-77 Tg of CH4 emissions per year, that is, 18% of global anthropogenic methane emissions, a large enough share to help limit global warming if they were to be avoided.

Although the agricultural and fossil fuel sectors offer the largest mitigation potential, they aren’t quite there with full-fledged, viable solutions to cut emissions. The agricultural sector hasn't got a large-scale alternative to the high-polluting meat industry, and the fossil fuel sector needs massive investments that aren't available due to divestment policies. The waste sector, on the contrary, has already proven practices and technologies in place to cut its methane emissions. Practices such as waste management in combination with energy recovery and recycling can end landfills and dumps – the sector main emitters – slash methane emissions, and positively impact climate stabilisation with the co-benefit of improved air quality.

In sum, by phasing out landfill and dumps, the world has a way to reduce methane emissions, which the IPCC report clearly says will lessen the newly-revised – negative – impact of SLCFs and help limit global warming to 1.5ºC. 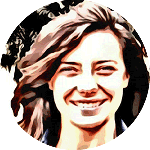 ARCOMadrid 2021: Art as a Regeneration Tool 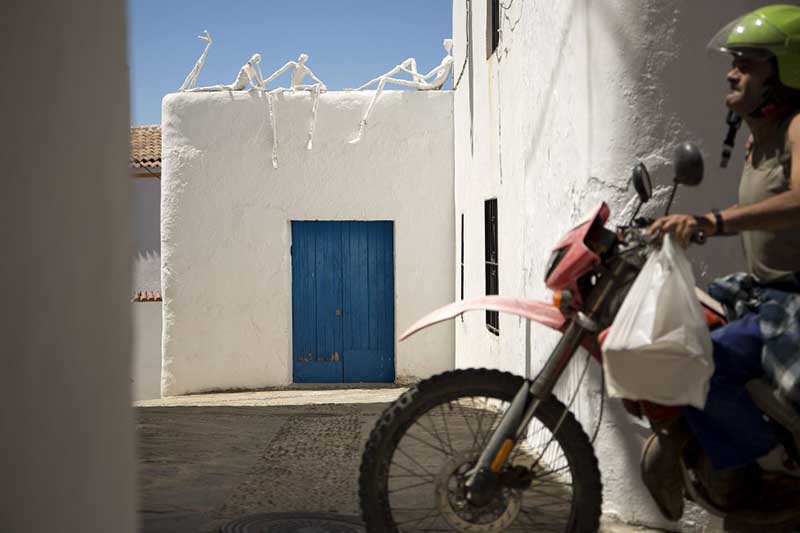 Anxiety, hope and other conditions resulting from recent lockdowns are wonderfully explored at Madrid ARCO art fair, an unusual edition taking place in July rather than in February with fewer exhibitors - 130 down from 209 last year - but more diversity with a new section for women artists. In an unrelated and discreet way, this 40th edition also brings an example of how art can accelerate rural transformation (picture above).

Visitors get a feel of lockdown anxiety with Desvelo y Horizonte (Wakefulness and Horizon), a project by Juan Uslé (b. 1954) commissioned by El País. The project includes three large-scale monochrome paintings made in his NYC apartment during lockdown and inspired by the idea of the horizon, and three oversized photographs of the Cantabrian Sea: his inspiration and recurring vision during lockdown. The photographs are dramatically placed in the wall adjacent to the paintings. A mix of images of boarded-up shops during lockdown and sketches of the sea (below) fill the rest of the space. They show drama and hope.

Opening, ARCO's section for young galleries, was particularly interesting with ten galleries and twenty one artist's projects exploring the theme of the sensual vernacular, meant as the capacity of art to incite specific feelings.

This section showed some outstanding works like Sandra Poulson's (b. 1995) Hope as a Praxis at the Luandan gallery Jahmek Contemporary Art, recipient of the 2021 Opening Best Booth Award. The installation (below) shows different iterations of chairs in the process of breaking. They are made in hardened fabric and replicate Africa's most common plastic garden chair, commonly used as "temporary" home furniture in the belief that living conditions will improve. The chair - whose use continues even when it breaks - represents a symbol of hope for Poulson. 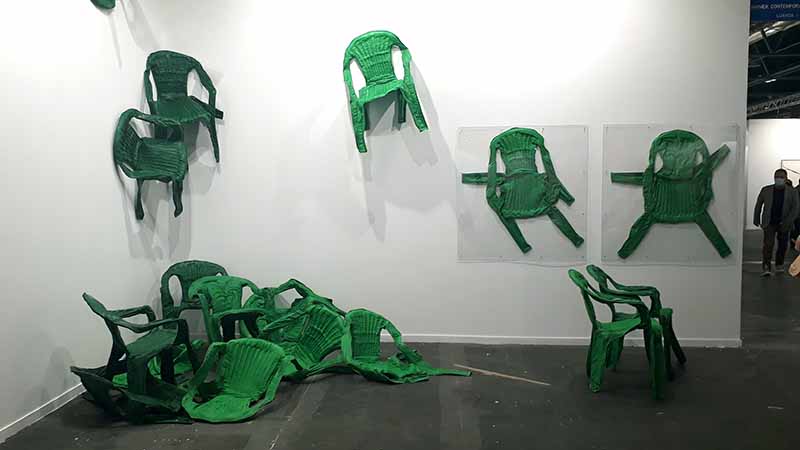 Another superb exhibit at the Opening section was at the Eugster Belgrade Gallery with works by Šejla Kamerić and Vladimir Miladinović.

Kamerić (b. 1976) shows two pieces exploring the collateral consequences of conflict: Saponified Jacket of Melania Trump and Keep Away from Fire, a piece with several clothing labels sewn together. According to the artist, Keep Away from Fire introduces violence in all forms by revealing the absurdity of the instructions in the labels: "there are moments - such as war and aggression - when it is not possible to keep away from fire."

Vladimir Miladinović (b. 1981) presents a series of paintings featuring news headlines during the pandemic (below) that, according to the gallerist, convey a brutality similar to the one experienced by the artist during the Balkan war. Miladinović is an archive artist who works with war and post-war trauma in former Yugoslavia, and explores how media creates public space, thus shaping the collective memory. 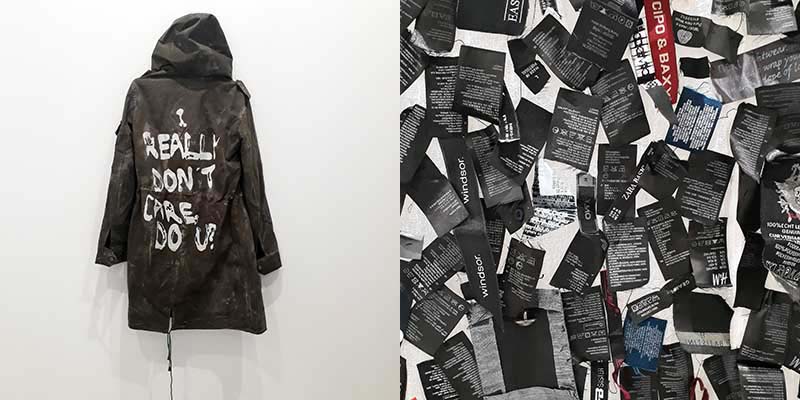 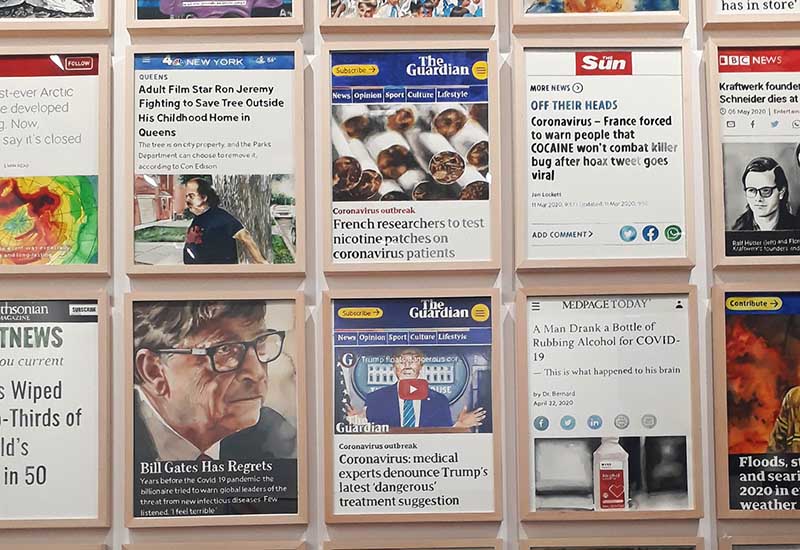 More exploration of public space comes with the aforementioned rural transformation - and repopulation - project where art is used as an engine for growth. It is somehow unusual to feature a repopulation project in an art fair but the Genalguacil Pueblo Museo Foundation responsible for the project very much excels in outreach.

The project has been running since 1994 when the village of Genalguacil in Málaga, Spain, first organised a residence programme for artisans and artists. Today, various art programmes, including residence, commissioning and lighting programmes, take place yearly in Genalguacil's streets and museum thus adding new works to the public art collection (see pictures below).

Recently, the project has reached its goals of increasing Genalguacil's population and opportunities. One of these opportunities is the offer to join the exclusive Most Beautiful Villages in Spain Club, which translates into more visitors and revenues. The Genalguacil example shows that art can indeed be used as a driver of growth. 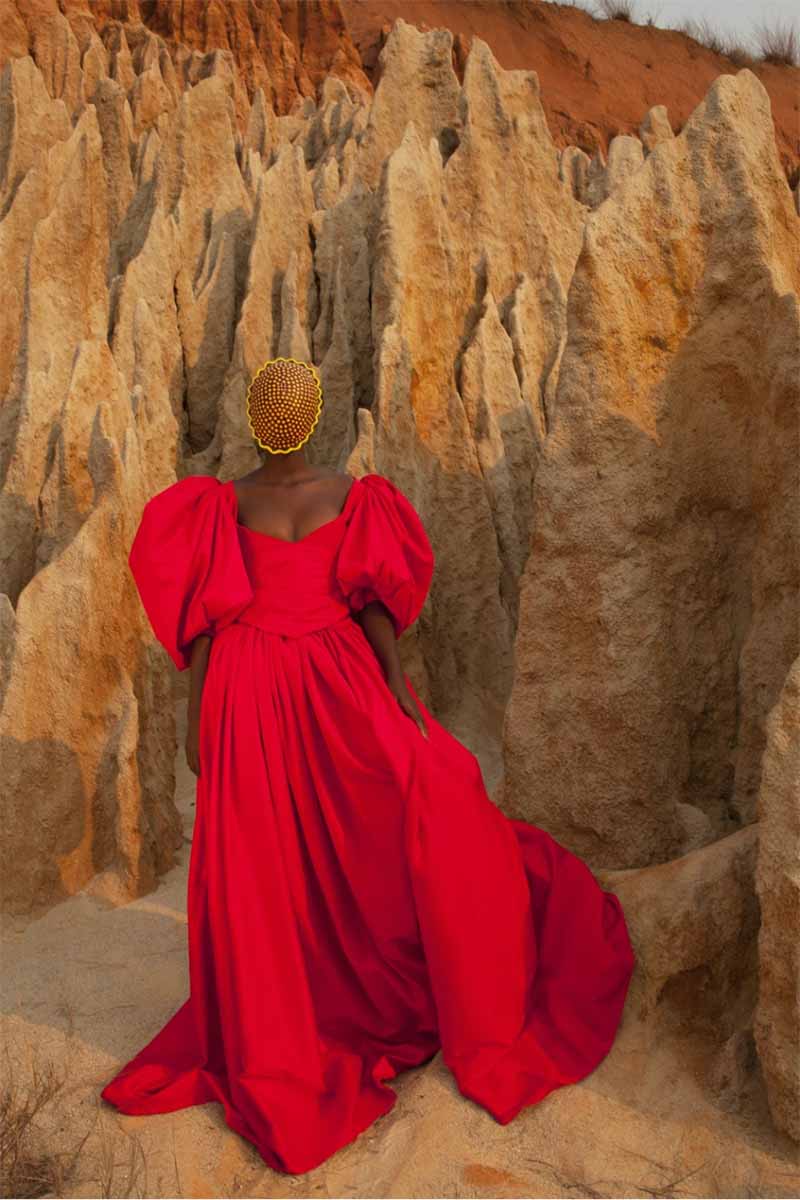 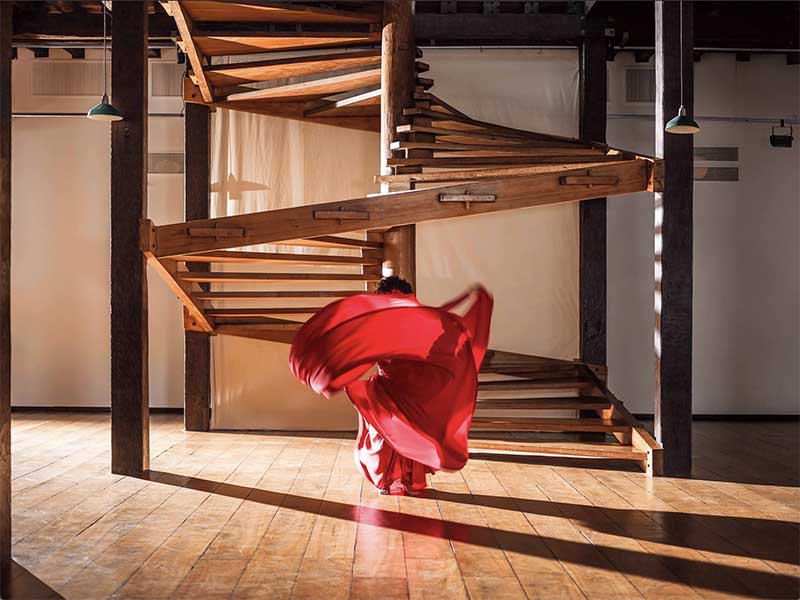 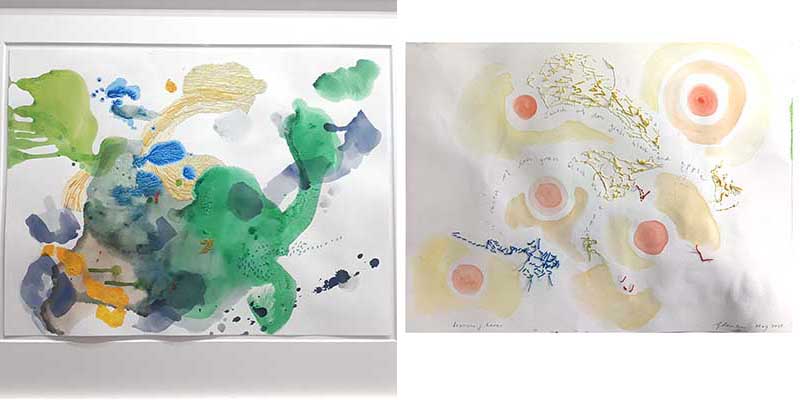 Rankin's embroidered artworks are also featured in the post ARCOMadrid 2017 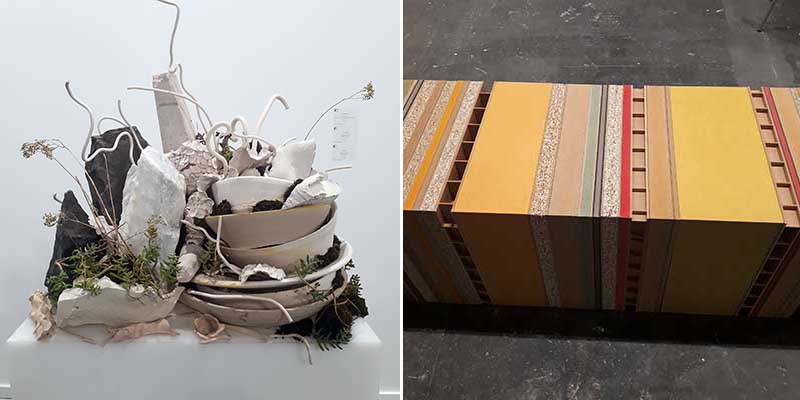 Álvarez-Laviada has contributed to the aforementioned Genalguacil's lighting programme with an installation. 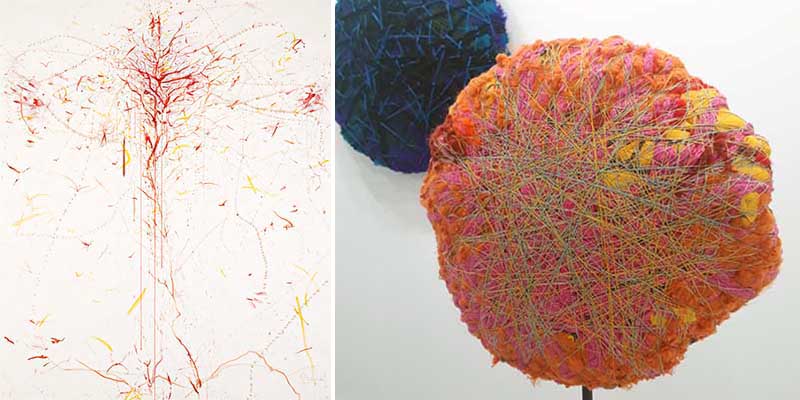 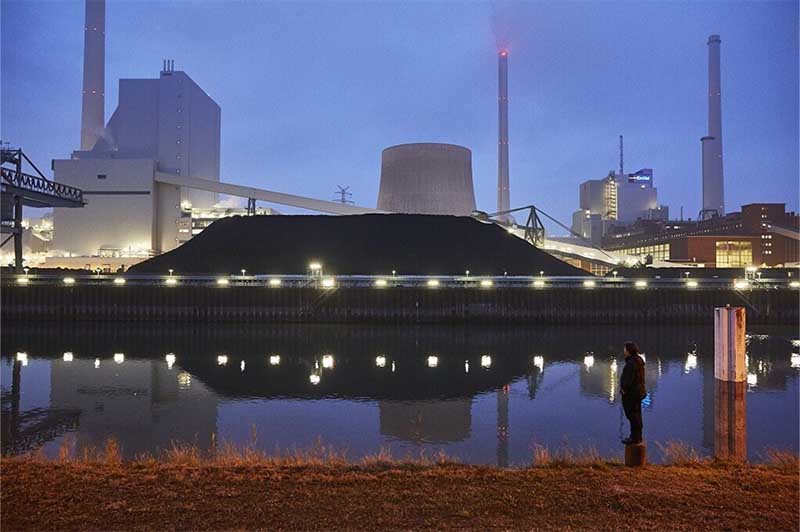 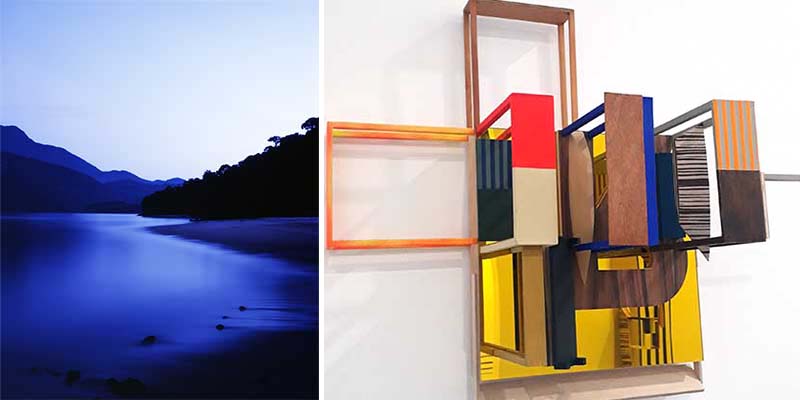 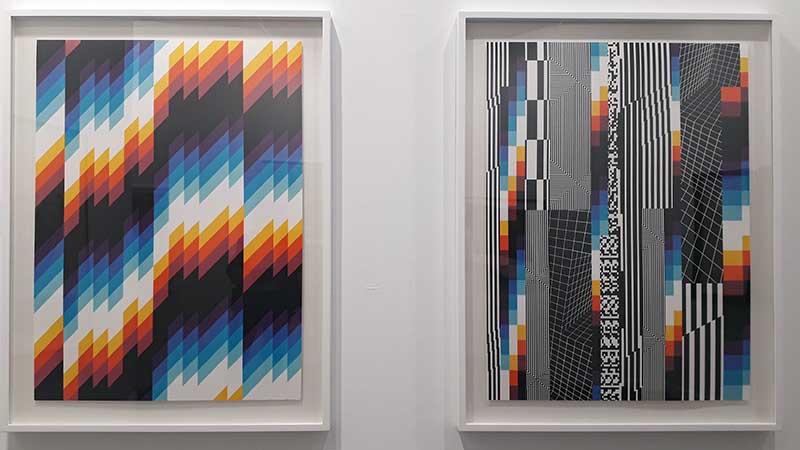 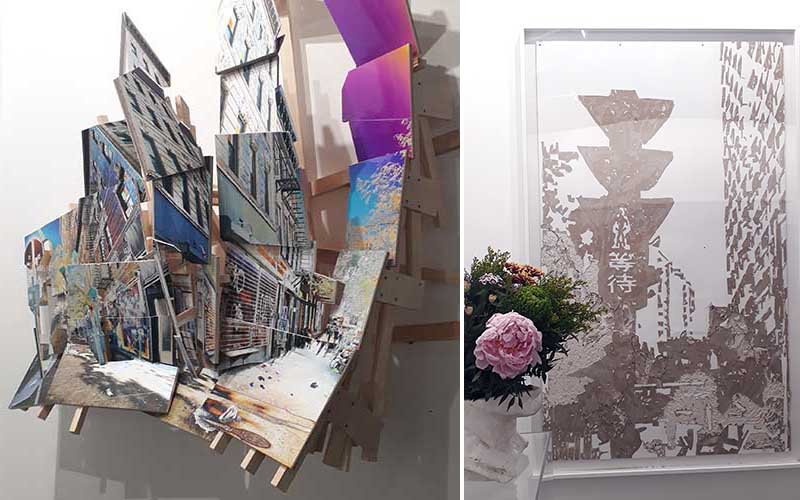 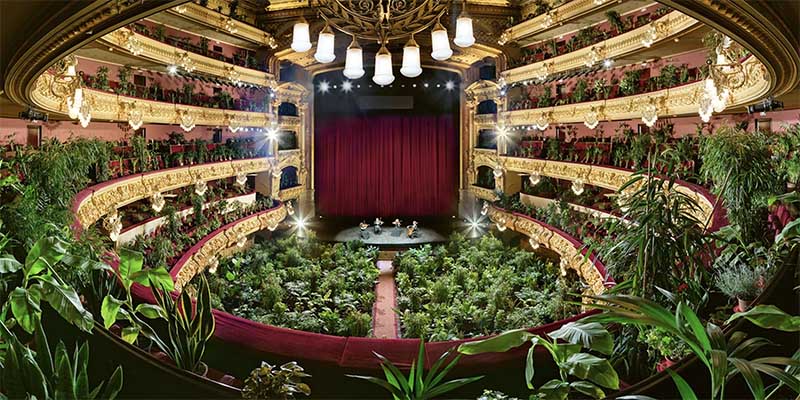 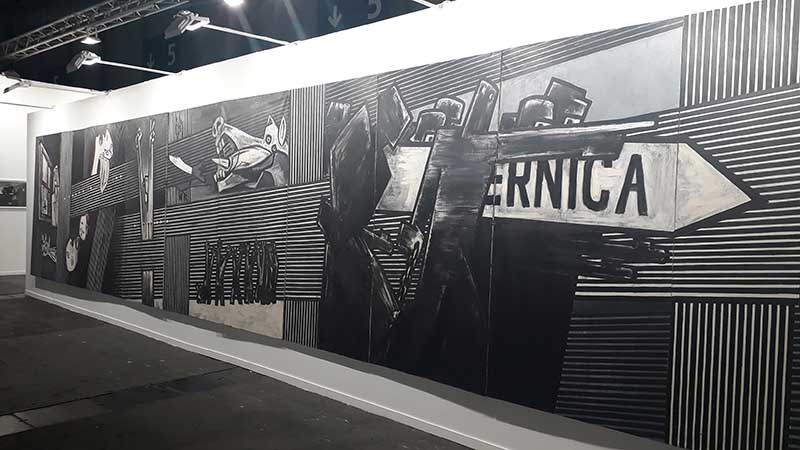 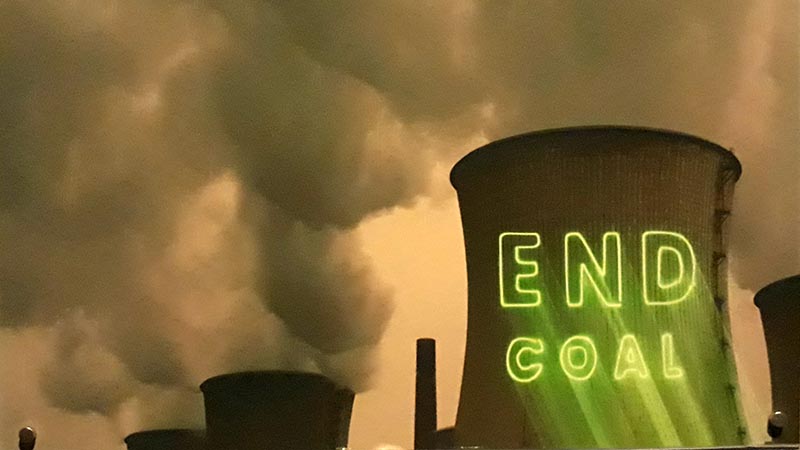