A Glimpse to Milan Furniture Fair 2011 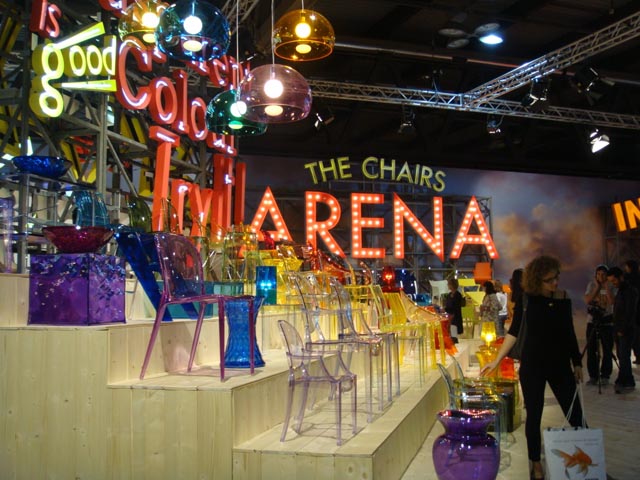 The Milan Furniture Fair is an event that as a rule of thumb doesn't excite the habitués. Year after year designers and architects fly to Milan in April in search of the next big thing and leave the town feeling a tad better than disappointed. This year wasn't different for the designers and journalists I have talked to. But it was for me: missing the last five shows has given me the opportunity to look at it with a fresh mind and no expectations. And for the first time in many years it has blown my mind. A magnificent show from the kind that - for some reason - only Italians seem to be able to stage.

The Milan Design Week spreads over the whole town. The Rho Fair hosts the Salone del Mobile and Euroluce and is located 20km out of town, whereas the Fuori Salone events are throughout town.

At the Salone Kartell was outstanding. They celebrated their Design Icons amidst light, colours and retro-movies aesthetics. 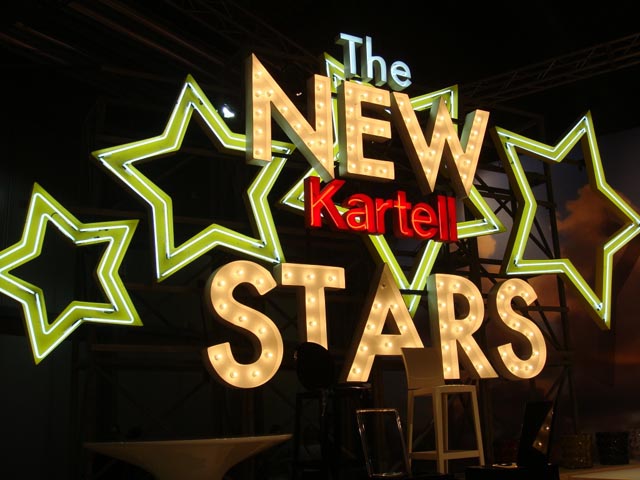 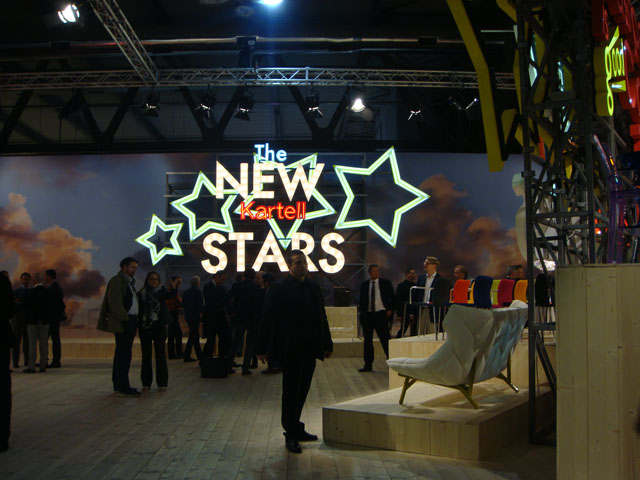 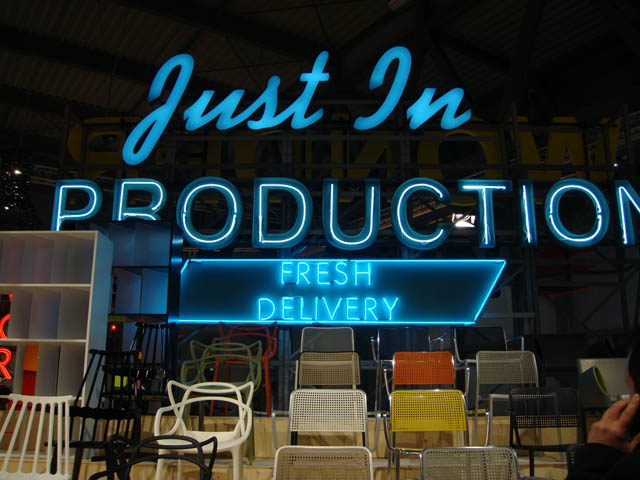 The Alice armchair in translucent plastic cord by Jacopo Foggini for Edra. 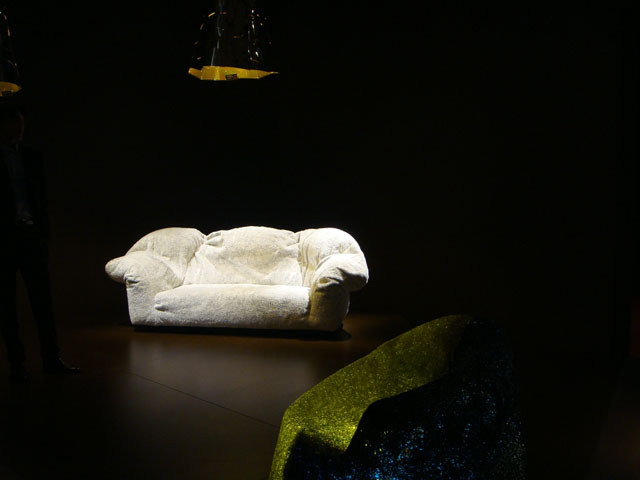 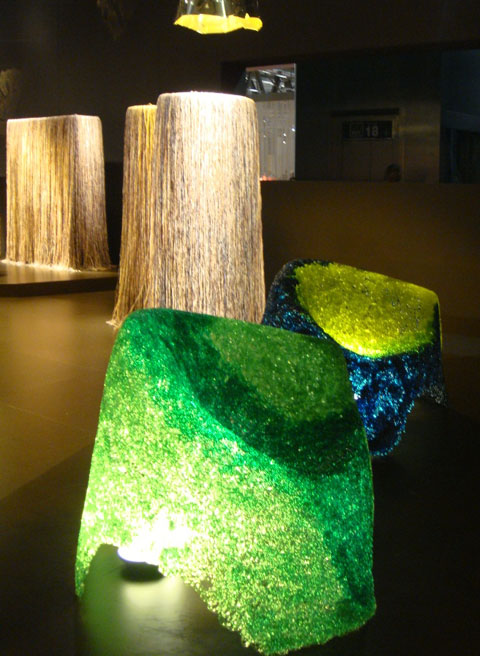 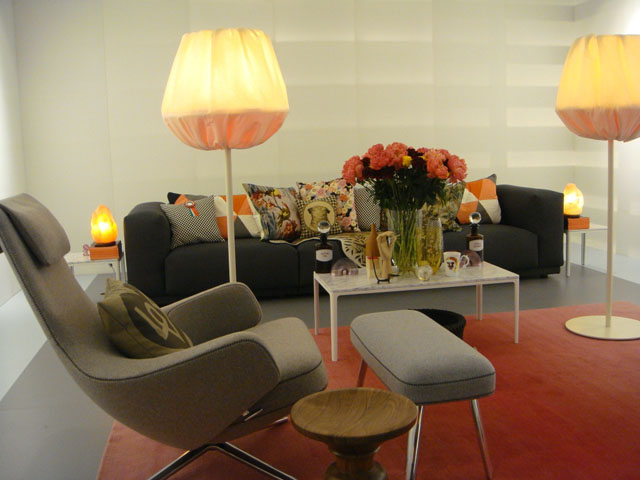 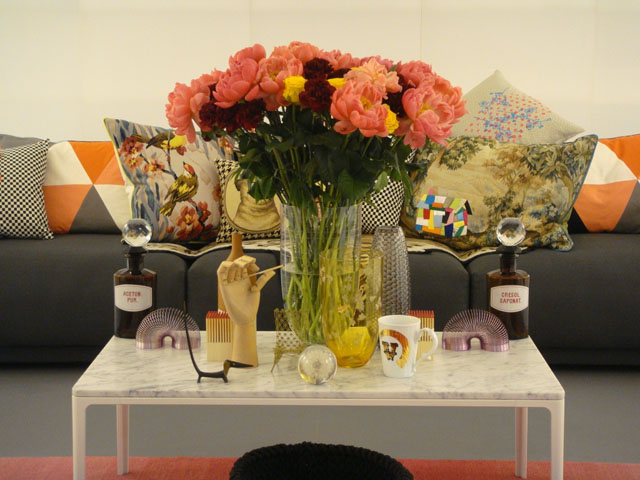 At Euroluce, Foscarini presented Tivu a wall lamp by Jozeph Forakis. "A tribute to the early days of television" he explained over dinner and below in a video.


Among the products by Flos were the suspension lamp Can Can by Marcel Wanders, Apps back-lit signals by Jorge Herrera and Wall Rupture by Thierry Dreyfus, an impressive golden crack in a wall lit up by LEDs. 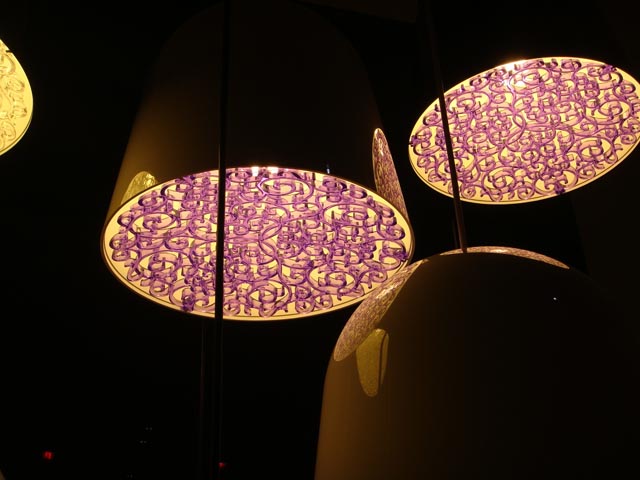 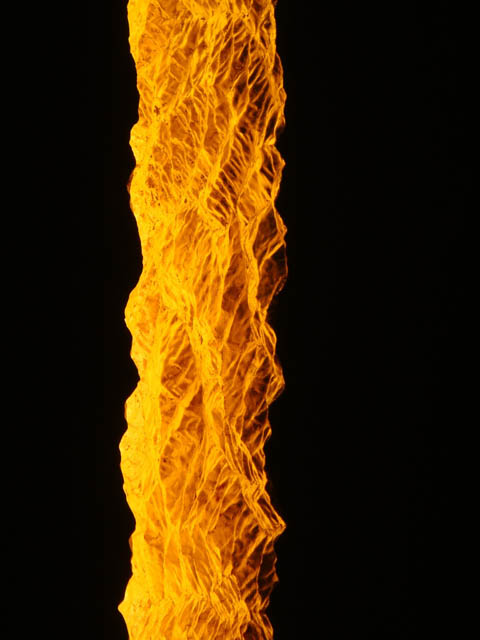 Writing about the Milan Design Week and not mentioning an event feels like missing the point a bit. I enjoyed Underkitchen, a project by design food collective Arabeschi di Latte at the Erastudio Gallery, a private apartment in via Palermo.  The invitation was for midnight and guests were invited to taste simple and intriguing combinations of black food served by waitresses with perspex headpieces. The food included cheese served on coal, burned artichokes, bread dyed with squid ink and eggs cooked in black tea.

The black food, the music, the darkened apartment and the guests contributed to a surreal end of the day experience. Designer Moritz Waldermeyer was telling about his vapour infusion installation for Bombay Sapphire at Ventura Lambrate. It is a structure with LEDs that change colour when the vapour passes through and has a copper ring halfway up the column for spices to aromatize the vapour when it exits at the top of the cylinder. Moritz proudly explained the process to make the copper ring: "it is called wheeling and is a traditional metal working skill particular to England where craftsmen roll the copper till it begins to curve and then mould it into the shape". 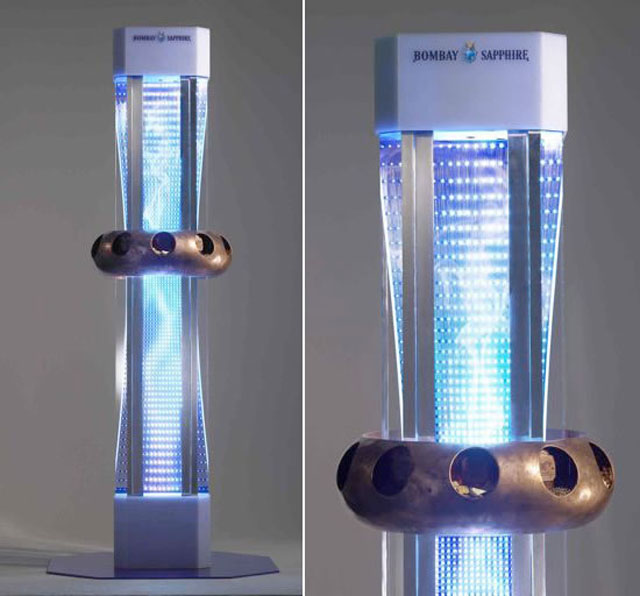 For other Fuori Salone events watch the videos below.

Via Tortona by Emma Elizabeth from thedesignvlog.com

Fuori Salone
Ventura Lambrate many call it the most interesting event at the Milan Design Week. I missed it
Via Tortona
Brera Design District
Porta Romana
Erastudio Apartment Gallery in via Palermo 5

Pictures by PS unless stated otherwise