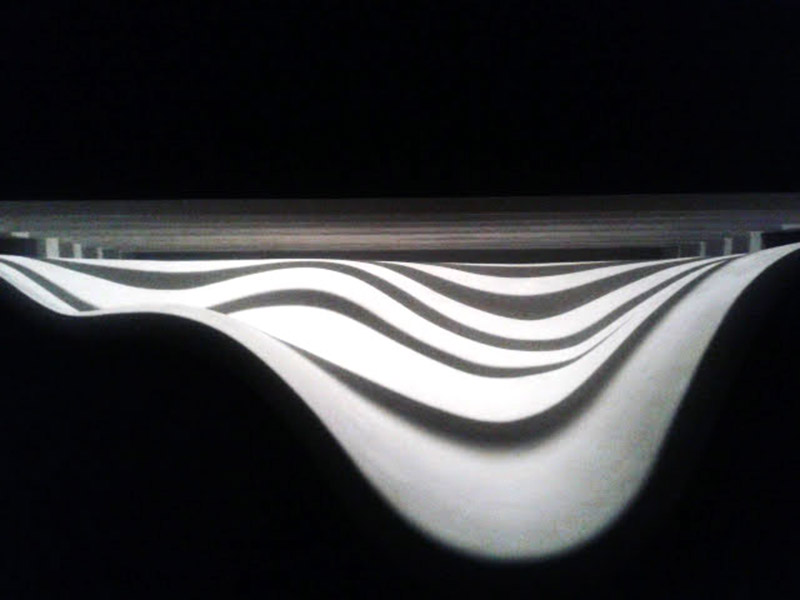 Venice's 15th International Architecture Exhibition is mainly about mindful and sensible architecture. Curated by Pritzker laureate Alejandro Aravena, the exhibition wonderfully succeeds in reminding architects that the social good sector is exciting and worth the pursuit. It equally reminds commissioners that architects can make astounding contributions when it comes to shaping space and managing resources efficiently.

The 2016 Biennale, titled REPORTING FROM THE FRONT, is a great attempt to engage everyone in the conversation on 'how to shape the places where we live'. While the show's focus is on projects that have addressed social, economic and environmental issues in a creative and bold manner, it also features projects of unusual beauty and interest.

#1 Beauty and Sensuality
Wonderful the way Portuguese architect Aires Mateus explores space with light and shapes (picture above). His installation Fenda, which means slit, is a dark room where curvy section models carved in the walls are suggestively lit.

Equality beautiful is Peter Zumthor's installation, a fragment from his future Los Angeles County Museum of Art (LACMA) filled with a colour gradation of fabric garment bags by designer Christina Kim. The project description reads: '...taking time as an antidote to homogeneity'. It refers to Zumthor's habit to spend more time than average in every project in order to achieve original work. Funnily enough, comedian John Cleese has exactly the same view on how to deliver original work.

Sensuous is also how the Australian Pavilion feels. It pays tribute to Australia's pool culture by bringing in a shallow pool, some benches and the possibility to splash around and relax.


#2 Urban Planning
The German Pavilion explores the notion of Heimat and rethinks Germany as a welcoming nation for immigrants. Curated by the Deutsches Architekturmuseum (DAM) in collaboration with Doug Sanders, author of Arrival City, the exhibition identifies eight aspects key to an arrival city.


Very interesting the work of Raul Mehrotra and Felipe Vera on the increase and scale of what they call ephemeral urbanism. By this they mean temporary settlements like Kumbh Mela, the religious festival in India visited by 100 million people in 55 days. Or La Piste Camp in Haiti, where in 2010 the US military transformed what was once an airstrip into a temporary settlement for the victims of the flood.


The Dutch Pavillion focuses on the legacy of peacekeeping missions and how these could become a catalyst for local development, moving away from being shut off from their direct surroundings and from making no contribution to improving the lives of the inhabitants of the region.


#3 Public Space
There were extraordinary examples of new and reclaimed public spaces. The city of Medellin in Colombia, for instance, has created new public spaces in the fenced and dark patches of land surrounding water and energy infrastructure. Through the UVA or Unidades de Vida Articulada (Units of Articulated Life) programme, the city has converted thirty-seven water tanks into 'socio-technical landscapes' while maintaining a fully functional infrastructural network.  The new public spaces are beautifully designed -some with plays of light and jets of water- and include auditoria and open air theatres, picnic areas and cafeterias, playgrounds and sport courts, even launderettes. In some neighbourhoods, the UVA interventions have provided the first and only public space available to the community.

Architect Francis Kéré envisions a new square in Ouagadougou,  Burkina Faso, that includes the façade of the adjacent building to its public space. The new National Assembly, also by Kéré, is a massive stepped pyramid that people can climb to enjoy unique vistas over the town. The stepped façade allows views into the building and includes balconies for small-scale agriculture.

A series of small light pavilions is what SANAA proposes to rescue a Japanese island from abandonment. Once a thriving island thanks to its stone and copper industries, Inujima is now home to an elderly population of just under 50 people. The idea is to turn the island into a creative platform -hosting art and performance workshops for both residents and temporary inhabitants- through small and modest interventions.


How should new public squares in rural areas be like? According to the Norman Foster Foundation they should be multifunctional and provide the infrastructure that is missing in the area. Foster's Droneport project proposes a mini airport for drones cargo delivery in areas that lack of transport infrastructure. The buildings are a series of modular vaults made with earth based products by the local community and include a social hub, a clinic, a market and a post office.


#4 Low-Cost Buildings
The Golden Lion for best pavilion has been awarded to Spain for the exhibition Unfinished. It shows the unusual architecture that has emerged in the country in the aftermath of the financial crisis.


The studio ZAO/standardarchitecture from China has built a mock-up of the two small constructions they've designed for a courtyard refurbishment in Beijing. The constructions pick up the traditional add-on structures of the Hutong courtyards, the public space where families add their home extensions. The constructions are a 9m2 children library made of concrete mixed with Chinese ink and a 6m2 art space made with traditional bricks.


The Naga Site Museum, a building with no windows made of in-situ, compressed concrete made from local sands and aggregates.


Auburn University Rural Studio has created a space with materials that will later be donated to two Venitian charities: the Assamblea Sociale per la Casa and Cooperativa Caracol who, respectively, renovate vacant social housing and shelter homeless people. Rural Studio asked the local organisations what they needed and used part of what they requested to build the installation.

#5 Social Aspects
The Polish Pavilion addresses with the exhibition Fair Building the ethical issues facing the most underrepresented participants in architecture: the construction workers. 'Labour conditions, lack of respect and site accidents plague the industry but these difficulties are often overlooked in favour of deadlines, budgets and the public demand for new spaces', states curator Dominika Janicka and asks whether a 'fair trade' mark is achievable in the industry.


Celebrating Our Human Footprint by Prof. Michael Braungart of EPEA advocates for building like trees, that is, to design buildings that clean water and the air, make oxygen, generate soil and nutrients.

Juntos, the exhibition at the Brazilian Pavilion, highlights stories of  change and architectural achievement. One of these stories is the Programa Vivenda, a Sao Paulo programme that helps low-income families with home refurbishments. 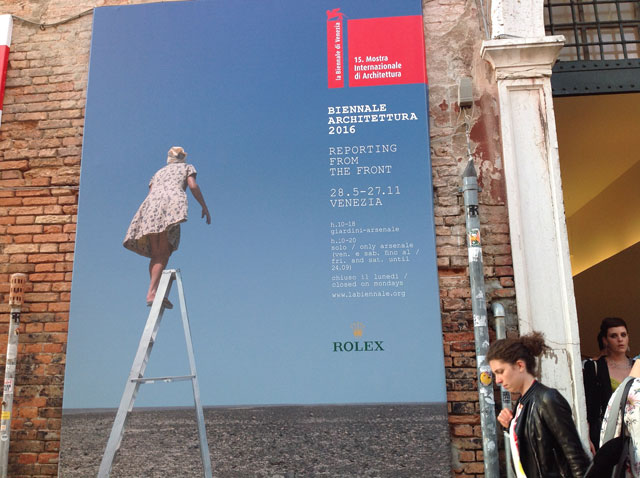