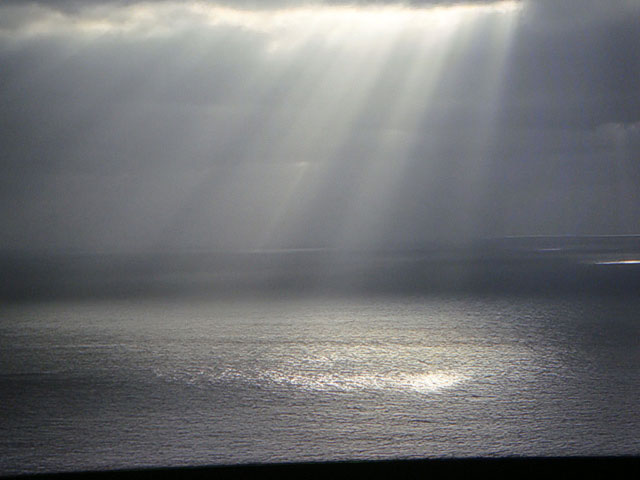 There is plenty of nature photography at this year's edition of ARCO, Madrid's contemporary art fair. The kind of photography that awakens a sense of awe and peace.

There is Gianfranco Foschino's 15 minutes timelapse of a sea view (above); Pierre Gonnord's and Axel Hütte's shots of Spain's northern forests; Richard Long's documentation of his days-long journeys through nature.


There are Regina José Galindo's images of her performance at the Botanical Garden in Palermo, powerful interactions of body, soul and nature.


Petrified by Carlos Motta brings together beautiful landscape photographs of the US South West and archive images of local historical episodes. The allure and beauty with which the landscape is represented prevent from seeing the atrocities that took place within it. Motta seeks to highlight how regimes of representation (landscape photography, historical painting and portraiture) have served as accomplices to processes of historical erasure.

There are very few socially engaged artworks at this year's edition of ARCO. The work of Richard Mosse, a popular artist at ARCO (see 2015, '14 and '13 posts), is one of these few. His interest to chart human displacement caused by war, persecution, climate change and poverty, brings him to document in Heat Maps refugee camps with an "extreme telephoto military-grade camera that can detect thermal radiation, including body heat, at great distance." The camera, primarily designed for surveillance in warfare, is used for capturing the intimate details of the camps that Moss then blend into a densely detailed panoramic image, similar to a Hieronymus Bosch painting. Mosse's new work meditates on the struggle of millions of refugees and migrants.

The guess country in the 2017 ARCO edition is Argentina. Argentina Plataforma/ARCO curated by Inés Katzenstein and supported by the Argentine Ministry of Culture and Buenos Aires' Contemporary Art Fair (arteBA) includes 12 galleries, 23 artists and an institutional stand.


Other works: Thread on paper, acrylic on aluminium and oil on canvas.