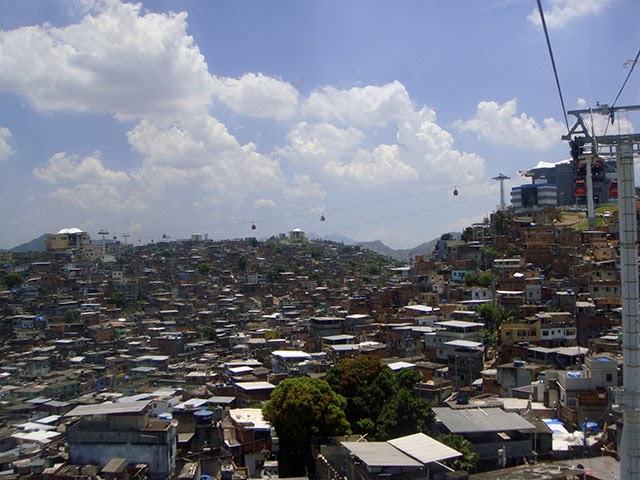 The Complexo do Alemão, a 300ha sprawling neighbourhood in Rio's North Zone, has since July 2011 an additional transport system: a cable car that links five of its hills. The system, already used for connecting communities in Medellín and Caracas, is the new black among city planners. But does it work for the community? I went to Complexo do Alemão to find out. 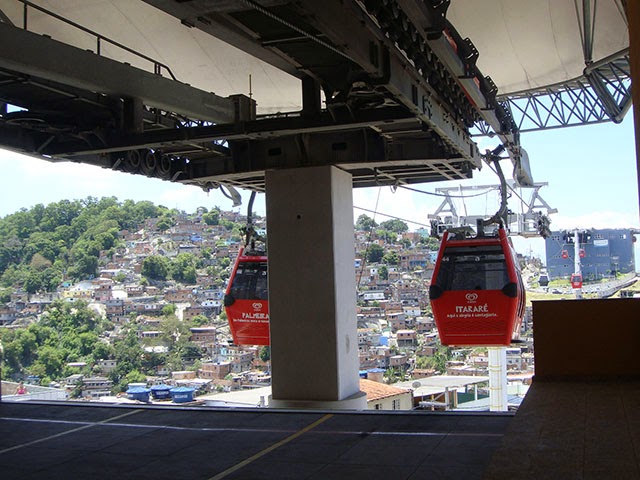 First thing I got to know about the Complexo do Alemão is that it is far more populated than what statistics say. My guide Mariluce, a local resident and a census worker gave me a glimpse: "there are 130,000 dwellings in the Alemão. An average number of 3 people per family household would result 400,000 residents but there are far more people per household than that. In any case, the official estimated population of 60,000* is far from reality." 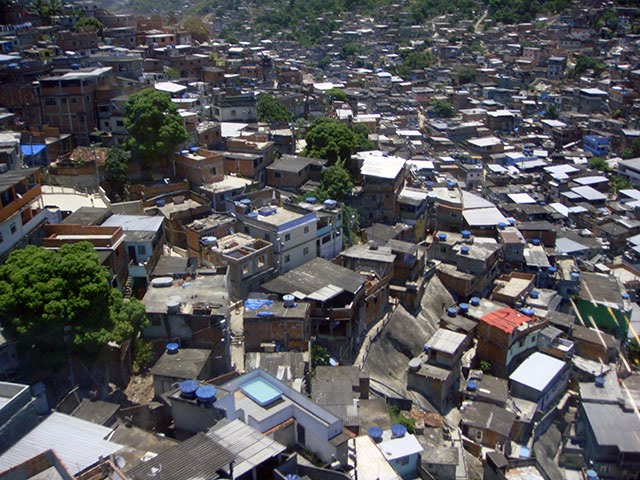 I met Mariluce at Bonsucesso, the first cable car station at the bottom of the hill and the connection to the suburban rail and bus network. We took the cable car to the last station and walked our way down.

There are 6 stations linking a total distance of 3.5km. It takes 16 minutes to reach Palmeiras, the last station. The system consists of 152 gondolas, each taking up to 10 people. The project cost was R$210 million (approximately US$87 M / €63 M) and was built with PAC resources (Programa de Aceleração do Crescimento / Growth Acceleration Program) in partnership with the federal and state governments.

"See?" Mariluce says, "the stations are all at the hilltops and that's an issue. Nothing is under your door here. We have to walk a lot, so when possible we do it downhill. There are already minivans and motorcycle taxis bringing us to the transport hub. There is really no need to make the steep climb to the cable car. We use the cable car for the return trip home when it is an easy stroll downhill." 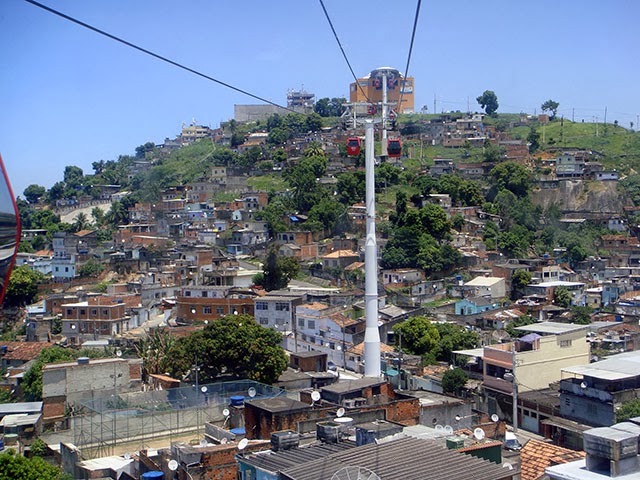 But I completely get Mariluce's point: transport was not a pressing matter at the Alemão. According to her, there is only one primary school for the whole community and no secondary school. There are no proper public squares and generally, very few places where the community can get together. This is outstanding especially since new space has been cleared around the cable car infrastructure. 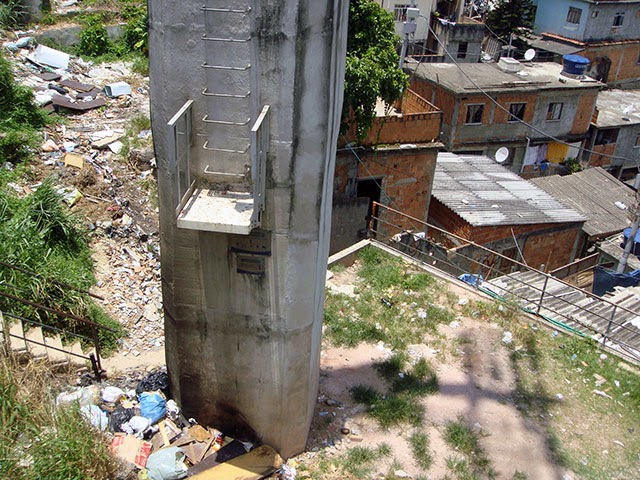 "Certain areas around the cable car structure would be great for cultural / social centres but the prefeitura person liaising with the cable car company fears that a one-storey construction would soon turn into a multi-storey one, compromising the safety of the cable car. So rather than doing something out of this opportunity, they do nothing and guess what happens? The place becomes a waste dump," explains Mariluce.

How about the area around the stations? The Colombian city of Medellín has built libraries, vaccination centres, schools and parks around the Metrocable stations, with a very positive social impact.

"Here at the Complexo the only buildings allowed next to the stations are the UPPs."

The UPP or the Unidade de Policía Pacificadora (Pacifying Police Unit) is a program created in 2008 in the state of Rio to reclaim territories previously controlled by gangs of drug dealers. UPPs are established after the territory is "pacified" and the BOPE, Rio's elite police force, has left. "Pacification" doesn't necessarily happen smoothly.

The Complexo has 8 UPPs, 5 of them at the cable car stations. The plan is to include schools, health care and leisure activities (UPP Social) around the UPPs. Mariluce is very skeptical that this will ever happen.

Is the cable car project still a meaningful one? Very much so. Although only 30% of the residents uses it, it has become a major weekend attraction bringing up to 7,000** tourists per day. With a return fare of  R$10 for non-residents, the cable car is a good source of income but more importantly: it brings tourism to the community which means increased security, additional revenue (if only more facilities were built!) and social pressure for improvements.


Having said this, the community feels that, for now, they haven't benefited so much from the cable car and that it would have been far more meaningful to invest the money in improving the sanitation system, which is still in many parts an open sewer. The communities set to receive the next cable cars, such as Rocinha, are fighting the project on similar grounds. They allege that basic sanitation is the priority, followed by an efficient rubbish collection plan. No one who has been to the communities can actually disagree on that: an improved transport system is a great thing but there are other, more important issues to be addressed first.