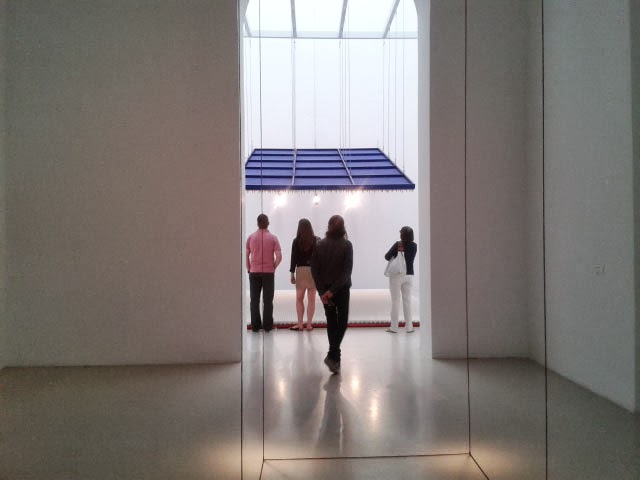 Great solo exhibition of the Brazilian artist Cildo Meireles in Madrid and a rare opportunity to experience his sensuous and highly conceptual spaces. Hosted in a former exhibition pavilion inside the Retiro park, the show features large installations that play with light, heat, deception, and nicely unusual, slightly retro concepts.

Olvido, one of the most conspicuous works on show. Indian tipi made with 6,000 banknotes from all the American countries and placed over three tons of bones surrounded by a candle wall.


Entrevendo, 9m long timber tube with a hot air fan to one side


Amerikkka, a floor of 20,050 eggs under a suspended ceiling made with 76,150 bullets pointing downwards


Marulho, 1:1 pier above a sea of books picturing water


About
Cildo Meireles / conceptual artist born in Rio de Janeiro (1948) and raised in Brasilia. He lives and works in Rio.